Journal of Physical Activity and Hormones

<em>Introduction: Chronic kidney disease is a significant general disease, which affects a large number of peo 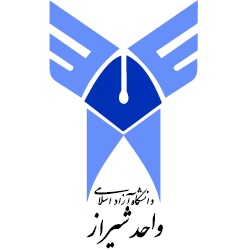 <em>Introduction: Chronic kidney disease is a significant general disease, which affects a large number of people around the world. Chronic kidney disease is identified by blood test for creatinine, the blood levels of creatinine rises. The one main causes of chronic kidney disease is diabetes. The aim of this study was to determine the effects of physical activity on creatinine and metabolic syndrome (Mets) in females with transplanted kidney.Material & Methods: 20 females with transplanted kidney 24.3 ± 2.5 years participated. Subjects were divided into two equal groups. Prior and after study both groups underwent a blood test to check creatinine, Insulin Resistance and metabolic syndrome. The experimental group conducted 8 weeks of submaximal activities and 3 sessions each week. To analyze the data independent and dependent t-test were used. To validate if the data distribution is normal, Kolmogorov-Smirnov test was utilized.Results: The results show experimental group had decreased their total cholesterol (TC) (0.026), triglyceride (TG) (0.002), fasting blood Sugar (FBS) (0.026), creatinine (C) (0.043), glomerular filtration rate (GFR) (0.02), insulin resistance (IR) (0.044) and increase of high density lipoprotein (HDL) (0.003), Also there were no changes of waist circumference (WC) (0.896) SBP (0.602) and DBP (0.0781) in both groups.Conclusions: According to the results we can express eight weeks of Physical activity has a Decreasing significant effect on C and Mets. So it can be concluded that physical activity is useful for female with KT.

Effects physical activity on creatinine, and metabolic syndrome in females with transplanted kidney Eskandar Rahimi1*, Khatoun Tahmouresi2 Seyed Ali Hosseini 3 and Saman Eskandary4 Received: 30 September 2017 / Accepted: 6 November 2017 (1) Associate professor in exercise physiology, Department of exercise physiology, Shiraz branch, Islamic Azad University, Shiraz, Iran. The aim of this study was to determine the effects of physical activity on creatinine and metabolic syndrome (Mets) in females with transplanted kidney. Prior and after study both groups underwent a blood test to check creatinine, Insulin Resistance and metabolic syndrome. Furthermore, there are few, if any, randomized control trials that have been published examining the effects of exercise on changes in GFR and Mets in females diagnosed with kidney transplantation (KT) especially in Iran, the purpose of this study was to investigate the effect of physical activity on changes in GFR creatinine and Mets components as risk factors of kidney. The study showed the effect of reducing physical activity on TC, TG, FBS, creatinine excreted in the urine, GFR, IR and increasing of HDL, Also there were no changes of WC, SBP and DBP in both groups. (2003) reported that a 12-week low-intensity aquatic exercise program in 26 patients with mild to moderate chronic kidney disease resulted in decreased blood pressure, decreased proteinuria, and a slight improvement in GFR (24). The results showed there was no change before and after the exercise period and the researchers stated that 8 weeks of aerobic training does not have an effect on creatinine and kidney performance (27).